Note: Ground Control has been superseeded by Web Control which is a community led project. For new installs consider using Web Control instead.

From within Ground Control, you can move the machine to where you want to begin a cut, calibrate the machine, open and run a g-code file, or monitor the progress of an ongoing cut.

Ground Control is written in Python. It was chosen because it has good cross platform support and is relatively simple to work with.

Two of the goals of Ground Control are:

1) It runs on as many platforms as possible. 2) It is as easy as possible for members of the community to contribute to making the program better.

For Windows and OS X binaries, see the releases page.

Ground control documentation is available on the project wiki.

For help in using Ground Control, see the users guide.

Ground Control is built using the 2.7.x version of the Python language. 2.7 was chosen instead of 3.x because the support for compiling binaries for the 3.x version is not good enough yet.

Maslow uses the Kivy framework for the UI and the pyserial module for USB communication.

You might also consider taking a look at Virtual Environments to save you from python version headaches later on. This is not a prerequisite for installation on any platform.

To setup your computer to run Ground Control from the source code, first download and install Python version 2.7.x.

Once you have installed Python 2.7.x, open the command prompt and type

You should then see something similar to this:

If python does not open, it is most likely an issue with the PATH environment variable.

For more information about configuring the PATH in Windows, see superuser: How to add python to the windows path.

Next, you need to install Kivy and Pyserial. Fortunately, python comes with a built in package manager, pip which will install both of them for you.

Installing Kivy is a little more complicated. First, check to make sure your version of pip is up to date by running:

Python is bundled with all major linux distributions. You can confirm the version of python you have installed with:

See documentation for your linux distro on how to install Python 2.7.x if it is not installed.

Ground Control can be run from the command line. From within the project folder, run the following:

If you have any questions or issues with this process please get in touch through the Maslow forums.

If you had any issues which you were able to resolve, please consider raising a Pull Request on this README.md file with corrections or additions. For more information, see How To Contribute below.

Maslow is an open source project, get involved!

If you find a bug in the software, report it on the issues page.

If you have an idea for a new feature, let us know in the Maslow forums.

If you want to get involved, say hi in the Maslow forums.

If you've already jumped in and started making the software better, feel free to submit a pull request! You can learn more about how to do that here Github Help: Creating a pull request

Kivy uses groundcontrol.kv as a description language for most of the widgets in GroundControl; some tips: 1. Class References: root.X refers to things inside the class. You can add your own variables, but they don't get initialized in time to be used (so root.data doesn't work) but you can use app.X to refer to things in the app namespace, so app.data will always work. BUT you must define the variable in DataStructures/data.py; things put in the data dict at runtime will not work.

Ground Control is the program which runs on your computer and lets you control your machine. It provides controls to move the machine around, gives you a digital position readout, and lets you open and run Gcode files.

Ground Control is free and is updated every other week with new features.

Click below for instructions to install Ground Control on your system:

The first time you open Ground Control you will need to tell it how to connect to your machine. Click Actions in the top left corner of the screen, click the Ports drop down to select the same port you chose when uploading the firmware, then press Connect. Your choice will be remembered so you do not need to do this step again. 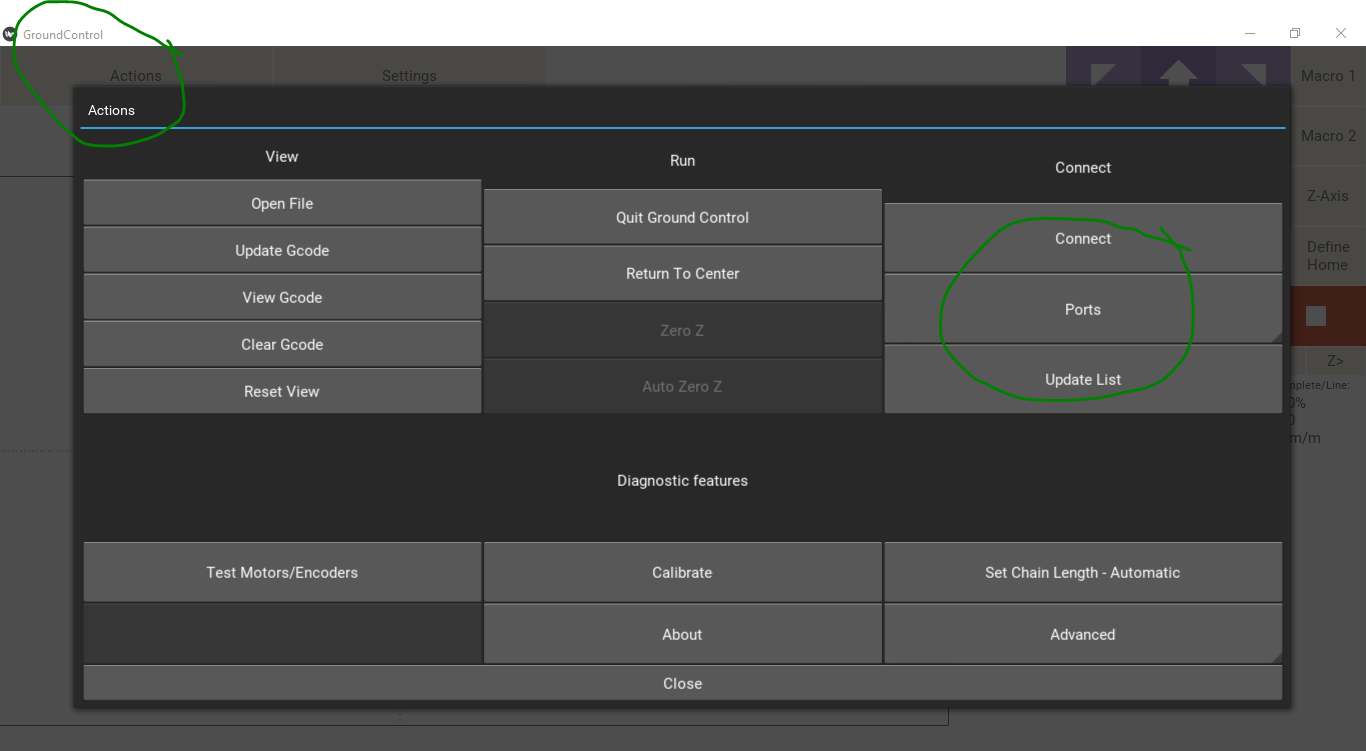 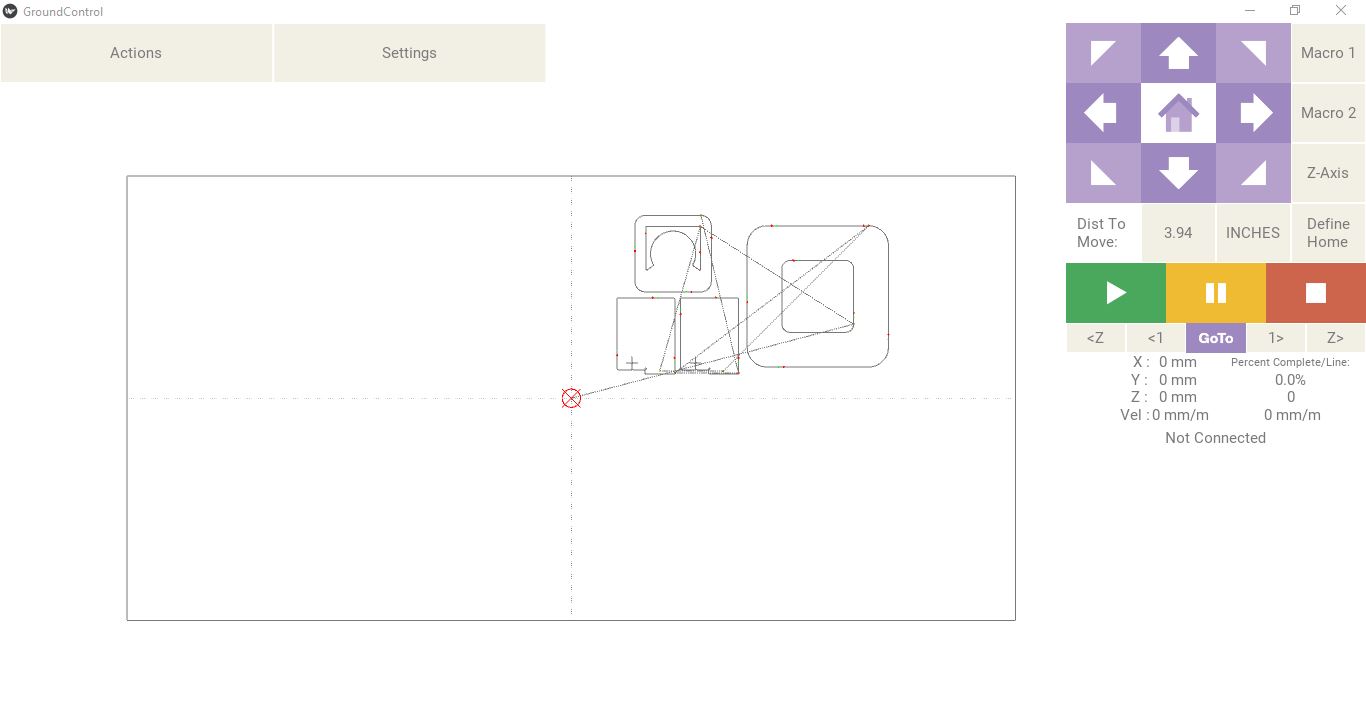 Ground Control is free and open and always will be!